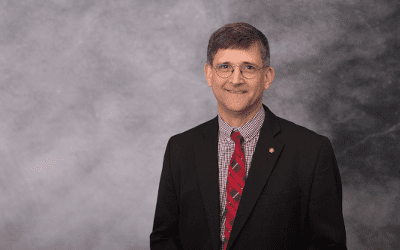 Firm principal Bruce Sekanick, FAIA, OAA was recognized by the AIA Board of Directors for his service as the 2017-2018 AIA national secretary as a Richard Upjohn Fellow. The honor is awarded to individuals who complete their term of service as a member of the AIA National Board of Directors. Sekanick has twice before been recognized with this recognition, once for service as an At-large director on the national board for the Ohio Valley Region, and once for his service as an inaugural member of the AIA
Strategic Council. The Bethune Fellowship has since been created to recognize those who serve on the Strategic Council.

Bruce has been an active member of the AIA for more than 28 years. His service includes multiple leadership roles at AIA Eastern Ohio, including director, secretary and president. He has held the same positions at AIA Ohio, with his service at the state level spanning a period of 23 years. His national service began in 2011 as a member of the AIA Board Advocacy Committee, progressing to board service in 2013, the council in 2015, and then his election at the AIA National Convention in Philadelphia in 2016
as Institute Secretary.